In sum, merely not to incur the anger of the Conservatives in England, they sacrificed Bhagat Singh and his comrades ignoring public opinion and not minding what would happen to the Gandhi-Irwin Pact. The government must remember, howsoever it tries to cover it up or polish it, it will never be able to hide this fact.

Posted by PATTABI WRITES at 2:51 PM No comments:

Everything in the airport is costly even the same quality things available outside. In the same way books are also costlier there comparing getting them on line. But temptation to buy books on seeing  book shop is there. This time also at Delhi Airport at Terminal 3 I bought two books one by sashi Tharoor-India from Midnight to the Millennium and Beyond and another book on sardhar Vallabhai Patel by BalRaj Krishna 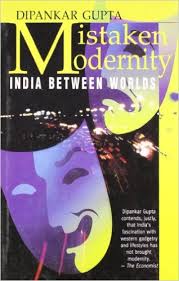 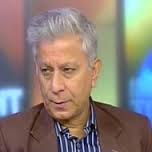 when I travelled to Delhi I started reading Mistaken Modernity by sociologist Dipankar Gupta- It is well going. The arguments are on very sound basis.This book was brought to me by my son and daughterinlaw thro online.The publisher is Harper collins. The book contains 11 chapters and I have just finished 5 chapters. Westoxicated elites is the first chapter that is the essence of this book, I think. The arguments are strong in that. The definition of modernity also stands in that. He defines the modern society  as one in which atleast the following charateristics must be present- dignity of the individual, adherence to universalistic norms, elevation of individual achievement over priveleges or dispriveleges of birth- accountability in public life.. The author is struggling to establish the indian society is not modern in any sense though it uses all modern technological instruments. I hope  finishing the book possible  by the end of this month- if chance to sit some hours
Posted by PATTABI WRITES at 7:32 PM No comments: