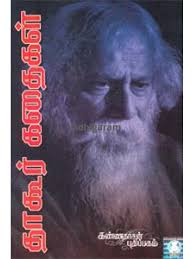 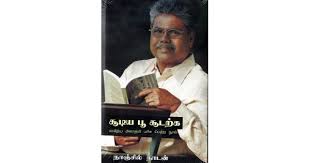 Posted by PATTABI WRITES at 7:22 PM No comments:

With great expectations I started reading the compilation of Nani Palkhiwala's Wit and Wisdom. Unfortunately the book was like our titbits kalkandu-some quotations are good  like
A great man is one in whose presence everybody feels great.Man is the same trousered ape whether at Delhi or at Detroit..Man is an unfinished creature.. Humanity is in the making and requires to be made.. There are two kinds of poverty inward and outward...We Indians are individually intelligent, but collectively foolish...It is not the constitution which has failed the people, but our chosen representatives.. we need moral leadership- founded on courage, intellectual integrity and a sense of values.. The best charity is to carry knowledge to the people.. unfortunately we have downgraded the intellectual and in fact devalued the very word.. Freedom is like hunger-just as one cannot be free today for tomorrow.. The right man in the wrong party is preferable than a wrong man in the right party. we have enoug religion to hate one another but not enough to love one another. Emperors rule, leaders motivate.. leadership is the capacity to arouse the very best- the ability to bring forth the maximum endeavour of each to the fullest enjoyment of all. The greatest shortage in India is of that rare commodity Character

Marxist humanists carefully distinguish human essence from human nature. In the Marxist view human nature is not fixed and unchanging but changes all the time as a result of history, culture and economic organization.

The proletariat learn that any change in society cannot succeed without mass participation and collaboration and these ideas become embodied in a moral outlook. This morality involves ideas such as mutual support, collective action, solidarity and collaboration. These values are not only a reaction to capitalist values; they are principles that are vital in order for any change to succeed. The proletariat use this moral outlook to judge and to criticize capitalism and as a tool in trying to soften its impact or to eliminate it. 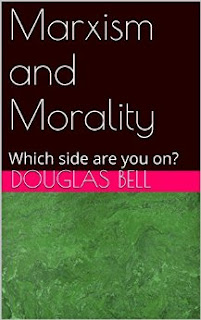 Posted by PATTABI WRITES at 5:37 PM No comments: