Recently   Govt Employees ,Nurses, Transport workers have gone on serious struggles for wage revision and the court intervened to avert and stop them going ...also advised Govt to settle their demands. We also observed thro' news channels that salaries of MLAs ,MPs  ,Ministers,  Judges, Vice President and President  were increased and a good hike  was reported without any struggle or intervention of Court. They themselves decided their  hike and no second or third party intervention.
Jawaharlal Nehru  wrote one good article , a kind of a good  guideline in 1937 about salaries of those in Public Office.
The four page article is given here in an image form.. 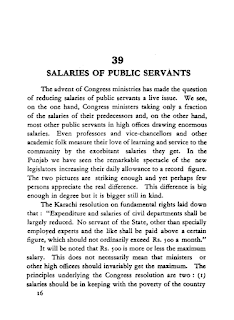 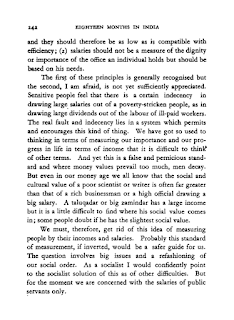 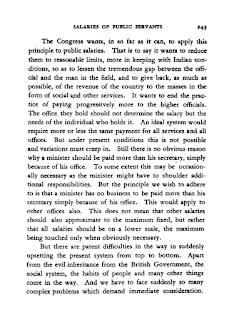 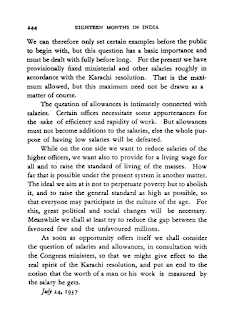 Posted by PATTABI WRITES at 2:00 PM