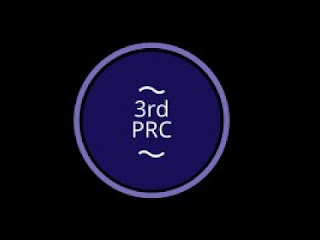 I happened to see and hear different demands from different organisations both Unions- associations and pensioners. Each organisation is having their own right to demand what their wisdom dictates. I am none to comment about that, but as closely watching the events regarding that issue from 2017-2021 my readings are telling me something that is given below.

In 2007 BSNL got wage Revision because of its eligibility as per   affordability PBT clause.

In 2017 GOI intensified that clause with 3 years condition and made many PSUs to suffer. Fitment is also linked with not only affordability clause but also expenditure linked with PBT

The dominant question is how to bring the loss making PSUs also in the 2017 scales and DA system, as many of them in different pay scales like 1997, 2007.

How to make BSNL a specified case to  get exemption for settling the issue, though it falls under the loss making category.

In these years (2017-2021) BSNL/ DOT has given one statement that they may consider IDA neutralisation with the new pay scales, thereafter 5 % fitment. The then CMD in the presence of then MOC committed that negotiations with Unions ( Non exe) were in the final stage.

A letter was given by BSNL to the concerned Unions requesting them to withdraw their  objections they made to remove the paras regarding the DPE guidelines, fitment as per the Executive  etc  , and asking them to come and sign the Proceedings for the Recommendation of wage Structure.

On these three Premises which were given in writing by BSNL one should go further to bring the required understanding to make out Recommendations for wage Structure.

First stage in the nominated wage Committee, they should give their Recommendations after some negotiations. This should go to various agencies for approval including DOT/ Cabinet as it is deviated from the standing guidelines of DPE.

Second stage is agreement that can be possible only on the lines of DOT's approval. That may take time. It is possible only when DOT takes up the case of Executives also.

Second stage is agreement that can be possible only on the lines of DOT's approval. That may take time. It is possible only when DOT takes up the case of Executives also.

This Wage revision has 3 major parts

Statement of Consideration of IDA neutralization with new pay scales (this was pre VRS period) is there- It seems that BSNL not withdrawn this till this date in writings.

Fitment as that of Executives was also mentioned in a letter , a way of advise given to Unions(taking DPE/ DOT's no conflict clause). Moreover for Executives DOT should fix that. So the question of fitment ( even pay revision) is linked with Executives. Non Executives naturally can expect that their fitment as that of executives. This expectation will not create any controversy

Management has somehow agreed the issue of stagnation of many employees ( post VRS 67 % of absorbed NE) for pushing New pay scales. How to construct that with what fitment may be a serious question for NOn Exe. For Executives standard pay scales were given by DPE. Whatever may be the fitment, the scales are known.

For NOn Exe some understanding needs to be arrived to avoid stagnation in the Future scales and minimizing pension contribution to DOT. This task is little bit difficult one but can be settled if both the sides in the Wage Revision committee applies restraint  taking care of employees requirement of avoiding stagnation and BSNL's financial savings in that regard

Posted by PATTABI WRITES at 9:19 PM