It is our bounden duty to go through the available slides of DOT presented to the Association of pensioners during the meeting on Oct 17th 2022. The copy of full presentation of DOT must be obtained and placed in the public sphere to study it better. Let us take the two important slides that have immediate connection with our pension of revision.  One should discern not miss  that the slides carry the mind of DOT. 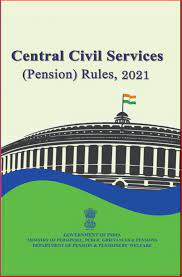 “Pension of the Pre 1-1-2017 retirees would be fixed by taking half of notional pay, as derived from merging their IDA as on  1-1-2017 with LPD and placing it with the scales of 3rd PRC. It would be ensured that, no notional pay such derived be less than the minimum of the corresponding 3rd PRC scale. It would also be ensured that there be no loss in notional pay on account of bunching of pay”

Here the contention is about zero fitments, though no such word was mentioned in that para but can be easily inferred and the demand is about fitment by some associations for 7th CPC and others for PRC. DOT is categorical that no 15 % fitment is possible and  it was told that it may be in between 0 to 15 %. So neither zero nor 15 it is cleared. This one is connected with PRC only. So the options are 5 and 10 accordingly, if we read between lines.

If all the associations with all vigil move together and press that the fitment which is closer to 15 % that is not less than 10 % then the relief for pensioners will be good though not the  best. It may be nearer to  7th CPC’s 14 plus percent also.

“ Pension of post 2017 retirees would be fixed by taking half of notional pay as derived from merging their basic pay on 1-1-2017 with IDA on 1-1-2017 and placing it with the scales of  3rd PRC and subsequent updation of such notional pay by way of annual increments/stagnation increments (if any) till one’s retirement. However, it would require relaxation in Rule 37 15 a of CCS PR 2021.

Let us take post 2017 slide of DOT. DOT is very clever. It is made as open ended. There is no such provision when this ‘notional ends and actual starts’. For this we have to learn from its 78.2  order dated 18-7-2016. For post 2017 retiree half of notional pay derived from merging, say even merging and fitment ( if fitment is settled) and such derived notional pay on the 3rd PRC scales by way of eligible increments will be taken for his or her pension fixation. Here like the one given to 78.2  %, no ‘actual date of benefit’ is shown. It is left open ended and it may suit DOT.

Suppose DOT issues pension revision order on 10th  May 2023 ( if earlier happy) in the slide said manner then those retire after that date will also be covered by this order, because they also come under post 2017 retirees. They will not get the actual benefit even after that order issued date say 10th may 2023, (though they may continue after that order date as employees). For employees those who are going to serve beyond the order date , the benefit of  enhancing their pay from 1-1-2017 notionally till 9-5-2023 ( say if order issued on 10th may 2023) and actual from that date is shadowed here. Some may entirely have to go for   the ten years  in notional pay only  (regarding for pension fixation) , if retirement is on dec 2026. This will continue till a change is obtained either thro 4th PRC or thro 8th CPC.

This means no pay revision for them, even though they take 3rd PRC scales. This is the outcome of the so called great delinking.

So now DOT suits its proposal with those demanding benefit for post 2017 retirees from their date of retirement and pre 2017 from the date of 1-1-2017. DOT modified the date of effect as it knows correctly that can be only from 1-1-2017 for both pre and post 2017.

“..However, these pensioners do not get actual benefit of increase in pay/ pension during the period between 1-1-2007 to 9-6-2013, and they would get increase in the amount of DCRG, leave encashment and commutation of pension on this account”.  This one is not clear in the DOT slide for Post 2017. That is notional pay means no pay arrears but increase of DCRG, leave encashment and commutation. This point also is to be taken care of.

Summing up the mind of DOT from these proposals:

·        DOT is willing to consider Pension revision without Pay revision

·        For this they may have escape gate from the DPE guidelines for 3rd PRC implementation regarding pay revision. But they take its factors like date of effect, merger point, fitment and scales of PRC without allowing Pay revision or seeking exemption  from DPE for BSNL/MTNL Pay revision

For this they seek relaxation of rule 37 15 (the rule is given below) and it seems a sort of concurrence obtained from DOPPW- that pension fixation based on notional pay. This tantamount ‘giving up the right pension /family pension shall be calculated  in the same manner as calculated in the case of a Central Govt servant retiring or dying on the same day. The emoluments or average emoluments for this purpose shall be based on the pay drawn in the PSU as per IDA pattern’.

Com O P Gupta fought a very long drawn struggle to get that explanation appended with the rule 8 of 37 A  the present 15 A of  37  .  We are all enjoyed this rule when we get our pension fixed . But now at the cost employees who are going to continue in BSNL even after if any  Pension Revision order , we are striving our best to get Pension revision in the name of delinking.

I appeal to the recognized Unions that they should be doubly careful by studying the situation and DOT’s mind carefully and clinch the issue of Pay revision as early as they can in the negotiating committee and sending the same to the administrative ministry. Executive scales are based on 15 % and naturally on that standard NE scales need to be constructed and approved. Pressing to seek exemption from DPE for the Pay Revision is the way. Kindly miss not the time.

The only best way to all stake holders- pre 2017, post 2017 and employees of BSNL to get some benefit with their interconnectedness is simultaneous pension revision and pay revision. If pension revision alone means, the recognized means may face the wrath of the employees. I am confident that their wisdom will take things in a better way and help them to clinch the issue. The time is ripe to act with all steadfastness.

I wish good luck to both the Associations of Pensioners and TUs of Employees.

Sorry to bother you all. Diwali wishes!

A Government servant who has been absorbed as an employee of a public sector undertaking shall be entitled to exercise option either,-

(a) to receive pension or service gratuity, as the case may be, and retirement gratuity from the Government for the service rendered under the Central Government in accordance with rule 44 and rule 45; or

(b) to count the service rendered under the Central Government in that public sector undertaking for pension and gratuity.

A Government servant who has exercised option under clause (b) of sub-rule (12) and his family shall be eligible for pensionary benefits (including commutation of pension, gratuity, family pension or extra-ordinary pension), on the basis of combined service rendered by the employee in the Government and in the public sector undertaking in accordance with the formula for calculation of such pensionary benefits as may be in force in the Central Government at the time of his retirement from the public sector undertaking or his death

On retirement from the public sector undertaking or on death of an absorbed employee who has exercised option under clause (b) of sub-rule (12), the amount of pension or family pension shall be calculated in the same manner as calculated in the case of a Central Government servant retiring or dying, on the same day.

Explanation.- The emoluments or average emoluments for this purpose shall be based on the pay drawn in the public sector undertaking as per Industrial Dearness Allowance pattern.

(b) The pensionary benefits of such employee shall be drawn and paid in the manner specified in sub-rule (18) to sub-rule (26).

Nothing contained in sub-rules (18) to (25) shall apply in the case of conversion of the Departments of Telecom Services and Telecom Operations into Bharat Sanchar Nigam Limited and Mahanagar Telephone Nigam Limited, in which case the pensionary benefits including family pension shall be paid by the Government.

After employees got 78.2 fitment benefit actual from 10-6-2013, the same was given to pensioners also

4.The issue regarding revision of pension, FP of BSNL IDA Pensioners/Family pensioners who retired prior to 10-6-2013 has been considered by the Govt, and the following has been decided:

i. existing basic pension/Fp including commuted portion of pension if any

The amount so arrived will be regarded as consolidated pension/family pension w.e.f 10-6-2013

The pension/FP of BSNL IDA pensioners/family pensioners, who retired between 1-1-2007 and 9-6-2013, their pay may be revised notionally w.e.f 1-1-2007 by allowing the benefit of merger of 50 % DA/DR with Basic pay/Pension effectively amounting to 78.2 % IDA for the purpose of fitment, and consequential revision of pension on notional pay with actual benefit w.e.f 10-6-2013, at par with the serving employees of BSNL. However, these pensioners do not get actual benefit of increase in pay/ pension during the period between 1-1-2007 to 9-6-2013, and they would get increase in the amount of DCRG, leave encashment and commutation of pension on this account

Posted by PATTABI WRITES at 5:00 PM