Mr. Shakespeare and Syed Ahmad Khan, in order to prepare them from any danger and to save the life of the Europeans, raised a body of 100 Pathan horse and foot for their protection and also arranged intelligence for the daily news regarding the progress of the Uprising.53         About the end of May, the Uprising erupted at Bijnor but Sir Syed Ahmad Khan convinced the Roorki mutineers to bye-pass the Bijnor and advised Mr. Shakespeare to hide the treasury in the well.
Mirza Ghalib in his house started writing his diary which was known as Dastamboo in Persian and was meant to please the British.Mirza Ghalib says that everywhere the land was coloured with the blood of Englishmen and the revolutionaries never spared their innocent ladies and children.79        Mirza Ghalib further says, “Those sinful and tyrant killers have stayed place to place in the city.
Babar addressed to his son Humayun as “So, this nation Hindustan has different religions. Thank Allah for giving us this Kingdom. We should remove all the differences from our heart and do justice to each community according to its customs. Avoid cow slaughter to win over the hearts of the people of this land and to incorporate the people in the matters of administration. Do not damage the places of worship and temples, which fall in the boundaries of our rule. Evolve a method of ruling whereby all the people of the Kingdom are happy with the King and the King is happy with the people. Islam can progress by noble deeds and not by terror. Ignore the differences of Shiya and Sunni, as this is the weakness of Islam. Keep the people following different customs integrated into a single whole, so that no part of the body of this Kingdom becomes diseased”. (Puniyani, Ram, Communal Politics Facts) 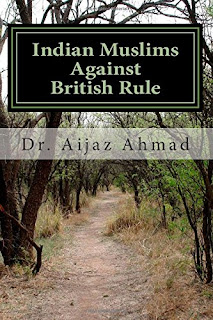 Posted by PATTABI WRITES at 8:17 PM