About The OA before CAT of Absorbed BSNL IDA Pensioners

About The OA before CAT of Absorbed BSNL  IDA Pensioners

I happened to go thro the above captioned matter given in 23 pages placed in whatsapp group. This OA is seeking justice against the denial of Revision of Pension to the Applicants. I wish them every success.

I found some factually incorrect things in that Application and  so this piece. I have to accept humbly my limitation on legal matters and I have no legal prudence also. But fact is fact and I apply common sense on that. I have taken the general concepts and the judgment that get emphasized in that OA and given here my understanding on that. 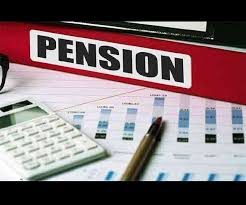 4.4 of OA  “As already stated, Rule 37-A creates a sui-generis group of combined service absorbee pensioners. All the absorbed BSNL pensioners were in Government service for more than 20 years and a maximum of only 17 years’ service in BSNL.”

From the above fact the CG Employee retired in HSG 2 in 2018 and the present day 7th CPC CG pensioner   is getting  Rs 8801 less comparing the 2nd PRC BSNL IDA Pensioner as on date who retired 2 years  before that CG pensioner.

Any applicability of 7th CPC can be extended to BSNL IDA pensioners just by one DOT order from the same date 1-1-2016 like the one issued for enhancement of Gratuity by DOT dt 16-3-2017. The applicability is also for future pensioners only that is ‘those who are employees’ on that date. But for incorporation of certain provisions like linking DA linked Gratuity enhancement, Minimum Pension RS 9000 is possible only when DOT issues Pension Revision orders after getting approval from the cabinet.

The RTI replies given by DOPPW for Pension Revision are known to us. Just to remind them the essential portion is given below.

“ Where the Govt servants on permanent absorption in PSU continue to draw pension separately from the Govt, the pension of such absorbed will be updated in terms of these orders.." This para of that order speaks for Pro rata pensioners.

“...Those who were absorbed in PSUs and were getting pension in IDA pattern based on the combined service in Govt and the PSU are not covered by these orders."

“Obviously these orders are not applicable to those pensioners who are drawing pension in IDA scale for the combined service rendered in the Govt and the PSU.."

As per my limited knowledge the judgement of 15-12-1995 is not relevant to this.

What is that judgement dated 15-12-1995? Before going to that the following background thro the earlier judgement is given below to have fair knowledge on that.

Common cause made that legal battle to restore 1/3 rd Commuted portion of pension by 12 years. The judgement was delivered by Ranganath Misra Bench on 9 December, 1986.

The case was  “ In petitions  under Article 32,  the  petitioners       have asked for striking down certain provisions of the said Rules as  they permit the Union to recover more than what is   paid to the pensioners upon commutation and for a direction that an appropriate scheme rationalizing the provisions  relating to  commutation be brought into force because there has       been a  substantial improvement in the life expectancy  of the people, and since commutation portion out of the pension  is ordinarily  recovered  within about 12 years,  there  is  no justification for fixing the period at 15 years.”

The direction of the SC  for the above said case is “We are, therefore, of the view that no separate period need be fixed for the Armed Forces personnel and they should also be entitled to restoration of the commuted portion of the pension on the expiry of 15 years as is conceded in the case of civil pensioners. And for them too the effective date should be from 1.4.1985.”

For implementing this judgement the DOPPw issued the relevant order viz

“ DOPPW  OM 5th March 1987   Sub: Restoration of commuted portion after 15 years- implementation of the judgement of the Supreme Court “

In that order the following para was also placed.. The para is

The case is “ These two writ petitions are filed under Article 32 of the Constitution of India. At the time of argument learned counsel appearing in these writ petitions confined their relief to the restoration of one-third portion of the fully commuted pension as per the decision of this Court in Common Cause, Registered Society & Ors vs. Union of India, (1987) 1 SCR 497, and consequently to quash para 4 of O.M. 3412/86. P&PW issued by Government of India Department of Pension and Pensioner's Welfare dated 5.3.1987.”

The Direction given in the above judgement is  “For the foregoing reasons, we hold that the petitioners are entitled to the benefits as given by this Court in 'Common Cause' case so far as it related to restoration of one-third of the commuted pension. Consequently, the impugned para 4 of Office Memorandum dated 5.3.1987 is quashed.  The writ petitions are accordingly allowed to the extent indicated above. No costs.”

Here the case was for extending the entitlement of CG pensioners to the absorbed pensioners  on the issue of 1/3 commutation restoration also  making them also eligible from the same date. The contention is not about the issue of  ‘they have ceased to be Govt pensioners’

This Om only made to revise the maximum of Gratuity limit to the 20 Lakh   but without DA linked for BSNL absorbed retiring on or after Jan 2016 .

In that OM para 3

There is no change in he formula for pension/ family pension w.e.f 1-1-2016. BSNL/ MTNL absorbee employees will, therefore, continue to get pension based on the same formula

37 A (9) The pension of an employee under sub-rule (8) shall be calculated on fifty percent of emoluments or average emoluments, whichever is more beneficial to him.

7.About the Issue of Delinking

“…. In case pension of the past pensioners is revised, their revised pension would become higher than pension to be fixed on retirement of the existing employees. This will create an anomalous situation in BSNL/ MTNL as the past pensioners would be getting more pension than the freshly retired pensioners. DOT therefore needs to bring about how they propose to resolve this anomaly”

From this reply it is clear that DOT is not willing to create any anomalous situation by giving pension revision without pay revision. It seems that  the pensioner association wants to create the anomalous situation for more than a lakh of  post 2017 pensioners as on date, and whose numbers will go further on every month retirement till 2026 and even beyond.

As per my limited knowledge the anomaly pointed out by the DOPPW in its oM dt 8-3-2019 cannot be settled unless there is simultaneous pay revision for the employees on the same formula of pension revision of past pensioners from 1-1-2017, if it is accepted forced and based on any judgement by any court at any level. This is nothing but reverse linking. The question of delinking is not possible as long as there are future BSNL IDA pensioners

Posted by PATTABI WRITES at 3:59 PM