Excerpts from the Speech of Dr Ambedkar 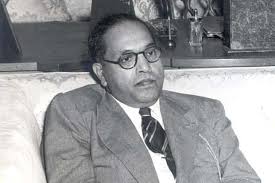 More serious opponents of Labour are, of course, the Nationalists. They accuse Labour of taking an attitude which is said to be inconsistent with and injurious to Indian nationalism. Their second objection is that Labour agrees to fight for the war without getting any assurances about India’s independence. These are questions so often posed and so seriously argued that it is necessary to state what labour thinks of them.

As to nationalism, Labour’s attitude is quite clear. Labour is not prepared to make a fetish of nationalism. If nationalism means the worship of the ancient past—the discarding of everything that is not local in origin and colour—then Labour cannot accept nationalism as its creed. Labour cannot allow the living faith of the dead to become the dead faith of the living. Labour will not allow the ever expanding spirit of man to be strangled by the hand of the past which has no meaning for the present and no hope for the future : nor will it allow it to be cramped in a narrow jacket of local particularism. Labour must constantly insist upon renovating the life of the people by being ever ready to borrow in order to repair, transform and recreate the body politic. If nationalism stands in the way of this rebuilding and reshaping of life, then Labour must deny nationalism.

Labour’s creed is internationalism. Labour is interested in nationalism only because the wheels of democracy—such as representative Parliaments, responsible Executive, constitutional conventions, etc.—work better in a community united by national sentiments. Nationalism to Labour is only a means to an end. It is not an end in itself to which Labour can agree to sacrifice what it regards as the most essential principles of life.

Independence means nothing more than that a nation has liberty to determine its form of government and its social order without dictation from outside. The worth of independence depends upon the kind of government and the kind of society that is built up. There is not much value in independence if the form of government and the order of society are to be those against which the world is fighting today. Labour thinks that more emphasis ought to have been placed on New India—and less on ‘Quit India’. The appeal of a New India with a New Order is bound to be greater than the appeal of independence. Indeed the vision of a New Order in a New India would very greatly strengthen determination to win freedom. Such an approach would certainly have stopped the many embarrassing questions which are being asked, namely, freedom for what and freedom for whom.

Labour is aware that it is not enough to defeat the Nazis and to destroy the possibilities of the New Nazi Order, it is not a war for the Old Order. It is a war on both the Old Order and the Nazi Order. Labour is aware that the only compensation for the cost of this war is the establishment of a New Order in which liberty, equality, and fraternity, will not be mere slogans but will become facts of life. But the question of all questions is how can the hope of this New Order materialise ? On this question Labour is quite emphatic. Labour insists that for the materialisation of all these ideals there is one condition that is primary—and that is success in the war. Without success in the war there can be no self-government and self-determination for India. Without victory in the war, independence will be idle twaddle. This is the reason why Labour is determined to win this war….

Labour, therefore, has a very distinct contribution to make in bringing about a return to the sane and safe ways of the past which Indians had been pursuing to reach their political destiny. Labour’s lead to India and Indians is to get into the fight and be united. The fruits of victory will be independence and a New Social Order. For such a victory all must fight. Then the fruits of victory will be the patrimony of all, and there will be none to deny the rights of a united India to share in that patrimony.

Posted by PATTABI WRITES at 3:47 PM

Email ThisBlogThis!Share to TwitterShare to FacebookShare to Pinterest
Labels: Natioanlity