(Issue of Pay and Pension Revision)

Missing the wood for Trees

(Issue of Pay and Pension Revision)

AS I also came from an organizational background having a minimum of 40 years service- so well trenched in organizational life, I should agree that no organization can tolerate people making it a debating society after some decisions taken.  The grammar that prevails there is, if endless debate then it will be a sure way to disunity. But decisions are subject to change, when leadership is open to hear the strong views that are coming even from microscopic minority.

This Piece is with good intention to strengthen the hands of leaders of BSNL both Unions and Associations, not to question their wisdom or their best efforts. 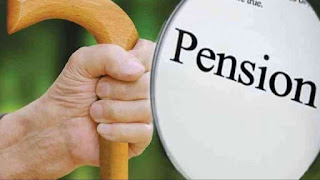 It is reported by most of the Associations that DOT has sent its proposals for Pension revision with IDA merger on 1-1-2017 and with no fitment benefit. Though CMD of BSNL pleaded for both Pay and Pension Revision, his views were not considered as on date. Also reports are coming that DOPPW was not rejected the Proposal.

Though thankful for DOT sending its proposal, some associations expressed their disappointment on hearing zero percent fitments benefit which according to them no benefit.  It is also reported that DOT addressed their apprehension saying that there will be some benefit even in this zero fitment because the pension revision will be atleast having 50 % 0f the minimum of respective pay scales- I repeat here ‘minimum of the Pay scales ‘. The Pay scales they mention here is 3rd PRC scales only. This means DOT have to approve/take  the 3rd PRC scales for BSNL Executives for their pension revision- that is applicability of 3rd PRC scales to BSNL also.

Though all are happy to see that some said  proposal for Pension revision is gone without linking it with pay revision, they differ in their demand regarding the issue of fitment- some for 7th CPC 2.515 multiples and some other for 3rd PRC 15 % fitment.

7th CPC has its own lower pension ceiling 9000 and Upper Pension ceiling ( 50 % of 2.5 lakh) which will be made applicable to BSNL absorbed pensioners also when Pension revision takes place for them.

For prescribing NE  new pay scales, BSNL management should seek some agreement with the recognized unions and  Unions may press that their pay scales should  address the same yardstick  as that of Executive pay scales and to avoid stagnations - that is they should reflect  subsuming 15 % fitment.

Otherwise NE pensioners should satisfy with the 7 th CPC Lower 9000 ceilings and should lose the different minimums connecting the new pay scales.

My appeal is let us not miss what is specially given to us in the 15-3-2011 Pension revision order  for BSNL absorbed pensioners during 2nd PRC.

I quote the para  which one  need to be taken care of apart from 7th CPC ceilings. This was not the case of CG pensioners for their pension revision

Sub :Revision of Pension of Pre 2007 pensioners/ FP of BSNL

4.2 The fixation of pension will be subject to the provision in no case shall be lower than 50 % of the minimum of the in the pay scale corresponding to the pre revised pay scale from which the BSNL pensioner had retired

The Unions and Associations should not miss that para 4.2 of DOT OM 15-3-2011 for this time also to get specific minimum pension after revision as per specific new scale.

As per the DOT assurance the Executives may get if pension revision order issued, their minimum revised pension will be as that of

For NE we need new scales to have this benefit.

I hope leaders of both Unions and Associations will take this piece in proper sense to get things clarified, when they again approach DOT officers